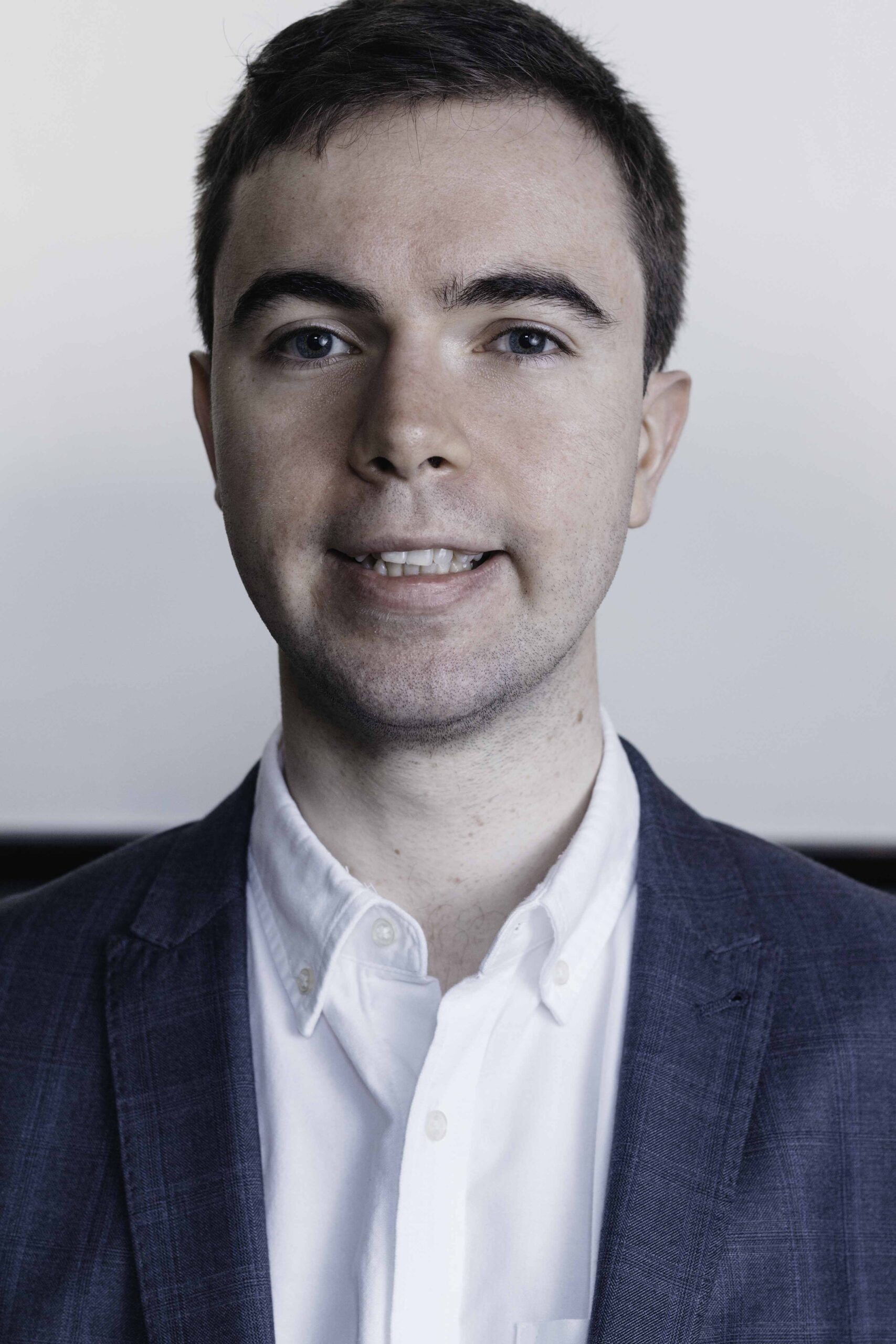 Originally from Lockerbie in the South West of Scotland, Chris Gray is a Highland & Border piper, whistle player, pianist, and composer. Chris performs original compositions, and music from the Scottish, Irish, and Scandinavian folk traditions.  With a deep understanding and respect for traditional music, Chris’ compositions celebrate these roots, while integrating exciting new influences from other acoustic and contemporary music genres.

In January 2020, at the Celtic Connections festival in Glasgow, Chris released his self-titled debut album, featuring all original compositions, rooted in the tradition of folk music, and a multi-instrumental ensemble. Chris was a 2021 BBC Radio Scotland Young Traditional Musician of the Year Semi-Finalist, and received a MMus Scottish Music Degree from the Royal Conservatoire of Scotland.  He performs in a variety of settings – duo, trio, and with his 5-piece band.

Performance highlights including performing at festivals in Wickham (England), Ortigueira (Spain) and Lorient (France), solo piano performances at Blair Castle (Scotland) for Keepers of the Quaich banquets, appearing at the Edinburgh Fringe Festival with Gaelic/Scots singer Katie MacFarlane, and as part of the backing band both with the National Youth Pipe Band of Scotland and Inveraray & District Pipe Band. Chris performed solo on Highland Pipes and Whistle at the Basel International Tattoo 2019 (Switzerland) and also alongside the Red Hot Chilli Pipers.

Out with playing traditional music, Chris has also performed in the world of musical theatre, playing keys for the ‘Wedding Singer’ production at Eastwood Park Theatre, Glasgow in March 2019.

As well as performing internationally in Australia, New Zealand, France, Germany, Italy, Switzerland, Slovakia and Oman, Chris is in high demand as a teacher. He has held positions as a piano instructor at Riverside Music Complex and a piping instructor at the renowned Scots College in Sydney, Australia. Whilst in Australia, Chris played many gigs including several folk clubs and also a piano performance at the Parliament of New South Wales. Chris is also a piper with the Inveraray & District Pipe Band and with them has won the 2017 World Pipe Band Championships as well as the Scottish, British & European Championships.

Chris’ playing is influenced hugely by his time spent listening to and playing folk music from a young age. During his time at the Royal Conservatoire of Scotland, Chris received tuition from world-renowned Irish pianist Mary McCarthy, exploring traditions from various parts of the world in addition to learning from Mary’s expertise of Classical music.

In 2018 Chris studied at the Royal College of Music in Stockholm for a semester which introduced a whole new influence to his playing as he became immersed in the rich Swedish folk culture, at the same time as receiving tuition from jazz/folk piano maestro Arne Forsen. In May 2019 Chris released an EP with Swedish fiddler and singer Kristina Leesik – the result being a fusion of their shared passion for both Celtic and Scandinavian folk music. Kristina & Chris performed a sold out show in Stockholm for the EP release.